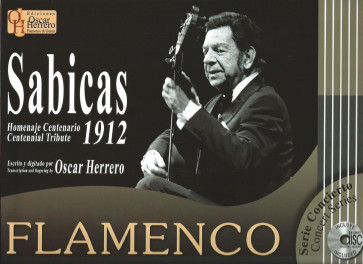 This is not only a tribute but is above all a moving memory of my childhood, a wink and a nod at a man who was born a century ago, in 1912. I have always identified with his way of playing and making music, never forgetting that I am just a humble admirer of someone whose craft I share. A great musician who had to emigrate with few belongings but with a guitar full of talent, soul and magical sounds to show the world, and with the legacy of his homeland as a flag.

Sabicas left us recordings that will always be an essential model in flamenco guitar for all times. His playing and work confirm it.

Agustín Castellón Campos “Sabicas” was born in Pamplona on 16 March 1912. He was given his first guitar when he was 5 years old and learned to play by himself by listing to slow-speed recordings on his gramophone. He moved to Madrid, where he gave first concert when he was only 10 in the El Dorado theater. This was the start of a classical career on the most famous flamenco stages of Madrid, like the Villa Rosa, and he was one of the most sought-after guitarists for accompanying artists of flamenco song and dance. During this period his music showed the influences of his predecessors, like Miguel Borrull Jr., Luis Molina, Manolo de Huelva and, especially, Ramón Montoya when playing solo.

In 1936 he was first guitarist for Carmen Amaya and accompanied her on her tour through the Americas. He moved to Buenos Aires and then to Mexico in 1950, and finally settled in New York in 1955. Between 1950 and 1970 he recorded at a frenzied pace. With some 40 LPs, Sabicas is the most prolific guitarist in the history of flamenco. Undoubtedly, his lengthy “exile” partially explains his specialization in solo performance, and the originality of his compositions.

Sabicas died in New York on 18 April 1990, shortly after completing the recording of a double testament album with Enrique Morente, subtitled “Nueva York/Granada”. 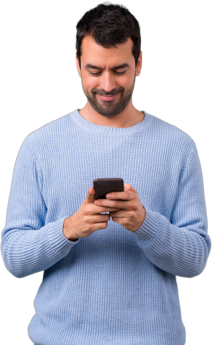